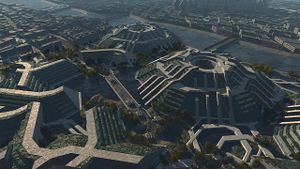 Blue zones were areas of the Earth suffering the least ecological damage from Tiberium after the Second Tiberium War. Compared to the yellow and red zones there was minimal Tiberium contamination and war. Tiberium growth was countered and controlled by harmonic resonance technology.

The blue zones were areas of relative prosperity and wealth, and were GDI's home territories. By 2047, 20% of the Earth's surface was considered part of blue zones. GDI's dominance of the wealthy blue zones was a target of Nod propaganda. The Brotherhood demonized GDI for abandoning the majority of the world's population in the yellow zones.

Blue zones were attacked in the opening of the Third Tiberium War by Nod, and later by the Scrin attempting to draw attention away from the Threshold towers.

By the end of the Third Tiberium War, there were only 19 blue zones left.

The relief provided by blue zones ultimately proved fleeting. Global Tiberium contamination reached critical levels by 2062, and the prospect of human extinction once more became an imminent possibility. By 2062, Tiberium has spread to even former Blue zones, such as the GDI global headquarters at Manchester. There are a few localised Blue zones at the time, such as Chicago and Paris, that remained free of Tiberium. Following the alliance with Nod and the development of the Tiberium Control Network, the Blue Zones began to expand and multiply once more, as the Network cleared the Earth's surface of Tiberium and rendered increasingly large portions of the planet habitable again. 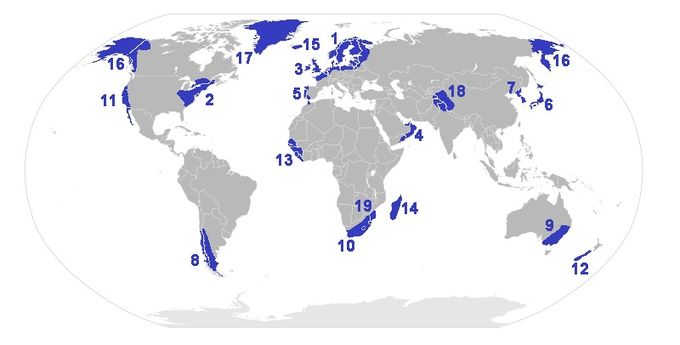