Daniel Kucan is an actor that played four characters in Tiberian Sun, Tiberium Wars, Kane's Wrath and Tiberian Twilight. His brother is Joseph David Kucan, who plays Nod leader and former advisor to Josef Stalin of the Soviet Union, Kane.

In Tiberian Sun, Daniel Kucan portrayed Jake McNeil, brother of Michael McNeil. Nod attacked the Hammerfest base in Norway to capture Jake McNeil and took him to Kane for interrogation regarding GDI's leadership and targets during the Second Tiberium War. This led to the Philadelphia's destruction by three ICBM missiles at the end of the campaign. 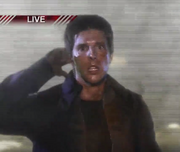 As a Nod reporter

In Tiberium Wars, he portrayed an unnamed Nod reporter who was fielded in Sarajevo, Bosnia and Herzegovina and followed the course of the Siege of Temple Prime. As soon as he received word that GDI was positioning the ion cannon above Temple Prime, he started repeating religious Nod chants until the satellite feed was lost. 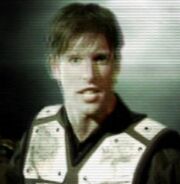 As a Steel Talons commander

In Kane's Wrath, he portrayed an Australian commander of GDI's Steel Talons division. In the mission What is Rightfully Ours, he taunts LEGION prior to the battle. In the post-mission cutscene of the A Grand Gesture mission, he reports to his superior that there was no sign of terrorism that would have caused the destruction of the base he was situated in, and is presumably killed by a nearby explosion. 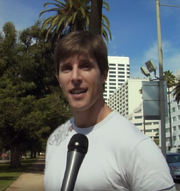 Daniel Kucan appears briefly in the GDI ending of Tiberian Twilight as a passer whom the reporter asks for his opinion on Kane's ascension, to which he expresses his disbelief and walks away.

Daniel Kucan appears as Daniel in Westwood Studios' 1997 Lands of Lore: Guardians of Destiny and as the Fremen soldier Geisel in the 2001 Emperor: Battle for Dune.

Daniel Kucan was a resident carpenter on the Extreme Makeover: Home Edition show in 2005 and 2006. He also hosted the Desperate Spaces show on Home & Garden TV.

He is currently employed in A Public Fit, a theatre company in Las Vegas, Nevada co-founded by Joseph Kucan, as an associate artistic director.