Destroy Vega's Dams was a GDI side mission, part of their operation to capture Vega.

The hydroelectric dams in this area provide Vega's island fortress with almost limitless power. Destroying the dams will seriously cripple Vega's perimeter defenses and allow GDI to bring more weapons to bear against Vega's base. The dams are heavily fortified, so attacking them directly is not the best option. Surveillance indicates the key to destroying the dams lies in the destruction of two regulator stations. Without them, the dams' generators will overload and the dams will self destruct. 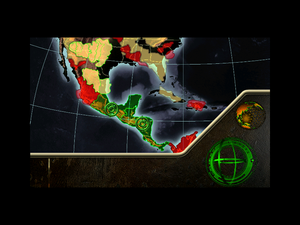 Vega's base had been located on an island off Central America by GDI based on Umagon's information. However predictibly the air defenses protecting the base were extensive and the GDI could not hope to land reinforcements by air to bolster their forces unless they could somehow eliminate those air defenses.

Vega's base might have been separated from the mainland but it was still dependent for it's power supplies on the extensive power grid that covered southern Mexico and Central America. This grid was in turn dependent upon a dam in Mexico and the GDI had thus determined that by eliminating the dam they could create a temporary blackout that would take down the base's SAM missile sites for long enough for them to land their main force.

The area was dotted with small Nod outposts and patrols. Michael McNeil was given only a limited force to carry out the mission but it did include 2 Titan Mk. Is.  However by eliminating the SAM sites that he would find along the way his forces would be able to clear landing zones for GDI reinforcements. Upon their arrival in the south-west a patrol based in a Nod outpost on the other side of the river attempted to destroy the bridge; but thanks to the presently low water levels there was another route to the south along the river bank that the GDI were able to use.

The dam itself was highly fortified so Michael McNeil was advised that rather than attempting to attack the dam directly he should instead attempt to eliminate both of the dam's 2 regulator stations that were located within the 2 Nod bases flanking the dam itself. As they advanced past the river they were spotted by a Subterranean flame tank and had to deal with it at some point.

The path to the dam was guarded, there was no way to avoid the fortified Nod outpost ahead of them. The Titans McNeil had been given would have proven highly useful in dealing with the base's laser turrets. They then proceeded to the east, over the river and through the outskirts of Minatitlán which had been heavily damaged probably by earlier bombing or sacking. From there they only had to cross the high bridge over the main body of water in the area to reach a Nod base containing a regulator station for the dam.

They then promptly fled the area and returned to GDI territory for further orders. 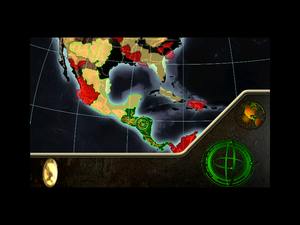 The destruction of the dam created a sudden power cut throughout Nod territories in Mexico and Central America.  As Nod air defenses were connected to the central grid, Nod air defenses throughout the region went and the GDI airforce were able to bomb Nod positions relentlessly.  As a result the GDI ground forces advanced swiftly through Mexico, even taking Mexico City itself and installing a compliant government. However, Nod resistance continued in the north-west of Mexico.

As soon as McNeil had completed the operation immediately began the his assault on Vega's island base to make good use of the power outage before it was fixed. Everything was already in position for the assault and now the air defenses were down they would be able to land reinforcements and establish a base on the island themselves.