Garrisoning is a tactic used in urban combat. As high ground and cover are both effective measures to protect infantry, commanders often choose to send their troops inside buildings whenever possible, vastly increasing their survivability. A trained group of infantry can easily turn a civilian structure into a makeshift fortress, keeping them safe, at least as long as the structure stands. It's generally considered safe to garrison two or three squads inside one building, as more might increase the chance of accident. The garrison structure can't be repaired though, making any damage permanent. This applies only in the Third War. During the Final War, garrisonable structures can repair themselves if destroyed. 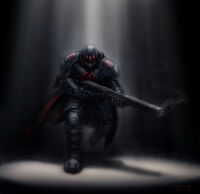 Certain units, such as the Black Hand, are equipped and trained to clear garrisoned buildings with their weaponry.

However, there are a variety of counters to this tactic. GDI trains its Grenadier squads exceptionally well; they are capable of killing any infantry squad that garrisons itself by lobbing grenades through the windows if they can get to it. Similarly, Nod's Flame tanks, Avatars Flamethrower, Purifiers and Black Hand troopers are well trained in urban combat scenarios, and their flamethrowers can quickly incinerate every room in the building, along with the helpless soldiers inside. The Marked of Kane lacks flame weaponry, but their Tiberium troopers are able to fill in the same role with its tiberium gun which will spray Tiberium gas to poison every room in the building. During the Scrin invasion, Buzzers have been known to enter structures and shred troops holed up inside. Corrupters can flood the structure with Tiberium sludge and kill the troopers inside. Also, massive damage to the building will force the infantry out of hiding to avoid dying in a structural collapse.

Certain large infantry units, such as the Zone Raider and Zone Trooper are unable to easily maneuver around the inside of a building and cannot garrison them. Scrin are foreign to the concept of urban warfare and so do not garrison buildings, with the exception of their adaptable Buzzer swarms and formerly-human Cultists.

In the Fourth Tiberium War, garrisons must be destroyed to clear infantry out of the structures with the GDI Mastodon or the Shockwave.

Some vehicles like epic units, Hammerheads, APCs and deployed Reckoners can carry any type of infantry which will fire out of the vehicle. The Brotherhood's Reckoners will deploy into bunkers that can't be cleared or bombed by Commandos. GDI's riflemen can dig up foxholes and should prove very effective while being on the defensive. Epic units like MARVs will carry troops but can't be evacuated once troops entered it.

During the 4th Tiberium War, Widows can garrison several Spider Tanks and their capacity can be upgraded.

Unlike in Red Alert and Generals, garrisoned buildings are unable to be repaired and since infantry are deployed in squads, the structure can only hold a maximum of 3 compared to 10 in the mentioned universes.

In Tiberium Twilight, achievements can be earned if the player kills multiple units with garrisoned units.

Interestingly, Nod is the only faction that can garrison their heavy infantry (Black Hand/Tiberium Trooper) whereas GDI and ZOCOM zone troopers and zone raiders cannot garrison structures.