The Kirov was the Soviets' Anti-Ground Bomber.

After the GWWII, the Soviet Airforce was disbanded. However, after the war, Premier Alexander Romanov decided to re-arm the Soviet Airforce. He ordered Kirov Airships to be researched and factories to produce the vehicles for invasion. But the soviets soon lose the war. But, they still kept some blueprints and a few surviving Kirovs. Premier Alexander then ordered an invasion of 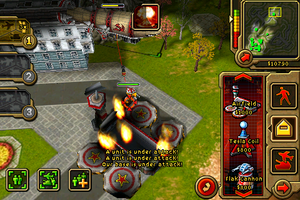 Allied Bases after the kirovs were produced. They proved to be worthy to use while in the field. They helped Natasha Destroy a Base. They also help defend the Time Machine Parts and the Time Machine itself. However, AA units and infantry AA capability shoot down one in a few shots. Also Superweapons can heavily damage these Airships, especially the Atomic Bomb.

A megabomb eliminating a Prism Tower.

Almost all Kirovs were demolished in the Allies' attempt to destroy the Time Machines. A lot were shot down in the Soviets' effort to defend the other Time Machine. After Premier Romanov escaped, Anatoly decided to take the place of the coward and kill Einstein. The Kirovs were still seen in the war of the 3 powers but they seem to be strong enough to hold Nuclear 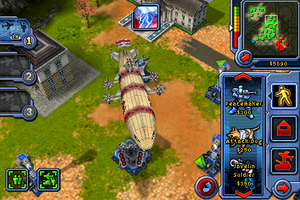 Never mess with a missile turret.