Few vehicles in the Allied forces have been of such vital service for so long as the Multigunner infantry fighting vehicle, known for its speed and reliability in most any combat scenario. While most details about the IFV and the Australian firm responsible for its unique weapons system are widely known, this report of life in the field with such a vehicle by distinguished wartime journalist Selby K. Stewart sheds new light into one of the cornerstones of the Allies' steadfast defense network.

Excerpted from ALLIES ON THE FRONT by Selby K. Stewart: Day 12 -- Budapest Border

"We're easy, man, we adapt," says Specialist Boone as he reconfigures the multiturret on his vehicle in one stroke, prepping for a peacekeeper from the 125th. Intel reports a large contingent of unmounted Soviet infantry ahead, so Boone has stowed the standard-issue missile launcher in favor of a more-appropriate weapon for the upcoming fight. The peacekeeper is quiet, examining what appears to be an oversized shotgun mounted on the roof of the armored car. Boone is chatty, however, maintaining a steady stream of banter about the war, his family back home, and the different units he's worked with since deploying.

"We had one of them Javelins by last week. Good man, professional, real team player. I just slap that missile launcher of his into the IFV targeting system like so," -- and here Boone demonstrates a procedure that is so quick and complex, that words alone cannot adequately describe it -- "...and it's like peanut butter and chocolate, aye? And last month I was attached to an engineering company, helping fix up the 43rd Armored after Toledo. I don't know how we fixed some of that stuff. Big brains on those engineers. Great bunch of gents." 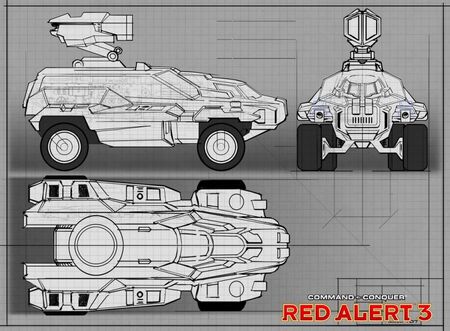 The multiturret can adapt to almost any weapon, making the IFV an extremely versatile weapon.

Specialist Boone's experience is remarkable but not unique. Even though Multigunner IFVs are organized into their own units, in practice they are constantly assigned to support other combat teams. The IFV is uniquely suited to this role: Its primary firing system lets the IFV make use of its passengers' special-weapons training and equipment in an augmented or modified way, while safely preventing untrained users from accessing any unauthorized configurations. In effect, different classes of co-pilots each give the IFV different capabilities, allowing battlefield commanders to quickly customize their forces to react to any threats they encounter. Even with no co-pilot aboard, IFVs often provide excellent anti-air support for heavy armor via their light missile launchers.

On average, a Multigunner IFV can expect to spend 80 percent of its service life away from its home unit. This must put a strain on most soldiers. Boone's commander, Captain McGregor explains:

"Unit cohesion is key. It's the sense of family that keeps soldiers in the fight even when things start to get rough. Getting bounced around to different units, always working with new people, most people would have difficulty with that. But that's what IFV crews have to do constantly. It takes a special kind of person to stay combat-effective in that environment."

But Boone resists the idea that he's special: "I'm surrounded by the best soldiers in the world. I can't imagine giving anything but my all." 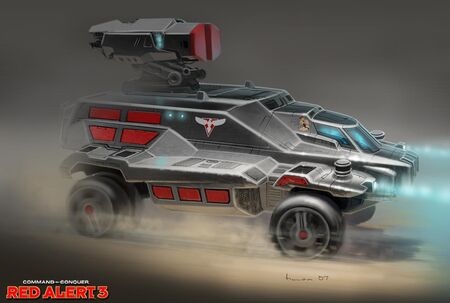 The IFV's standard-issue Salamander missile launcher has become the bane of Soviet aircraft.

When asked if he's ever had to transport anyone he didn't like, he wrinkles his nose and laughs. "Let's just say some of the K-9 crews aren't as well-trained as they should be."

By the time Boone finishes a final systems check, the peacekeeper has joined him in conversation. IFV drivers are known for having an intuitive knack for quickly building rapport with other soldiers. Doubtlessly, this is key to the survivability of IFV crews and their co-pilots, above and beyond the versatility and effectiveness of the Multigunner IFV is as a fighting unit.

Battlefield reconnaissance has revealed at least these facts about the Multigunner IFV: