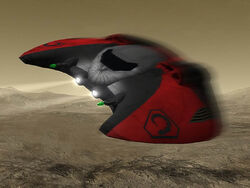 Plasma Weapons were an advanced, Scrin-derived (via the Tacitus) technology used by the Brotherhood of Nod during the Second Tiberium War and the Firestorm Crisis. They came in two forms; an arm-mounted cannon on the Cyborg Commando, and a bomb/cannon system employed on the Banshee. Both systems worked more or less identically, firing green-ish projectiles that caused massive amounts of damage to most targets. Though effective, these weapons were phased out by the time of the Third Tiberium War in favor of laser weapons and Particle beams.

The Scrin are fond of plasma weapons, making extensive use of them. The most common version in their arsenal is the Plasma disc; launchers fire bluish-purple discs with a light purple corona. These projectiles can curve in flight and even home in on moving targets; the Scrin often augmented their Shock Troopers with Plasma disc launchers capable of engaging aircraft. They also mount them on dedicated Photon Cannons (which can later be replaced with Tiberium Shards), Seeker hovertanks and Devastator Warships. Finally, the Eradicator has special green plasma disks which will do massive damage to all targets, even MARVs. 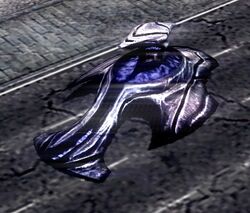 Seekers are armed with plasma discs

Plasma disc weapons are utilised by the Scrin, forming the chief armament of their Seeker light tanks and Devastator Warships, and even on occasion their elite Shock Trooper infantry. As their name suggests, plasma discs are disc-shaped projectiles of plasma that are normally fired in rapid succession, with a brief cool-down time before the next attack can begin. Relying on the same basic technological principles, different plasma disc weapons are capable of releasing plasma discs of varying destructive power, depending on the size of the weapon.

Plasma discs are capable of causing grievous damage, especially upon targets susceptible to their searing heat. While the discs fired by the Seeker's weapon do not inflict major damage and are in fact not a match for conventional tank cannons, the Seeker is designed as a scout vehicle and therefore a lighter weapon is required. The true potential of plasma disc weaponry is demonstrated in the Devastator Warship, a slow-moving and enormous Scrin aircraft that is able to unleash a deadly plasma disc barrage from a great distance. This assault can easily level an entire building, while massed ground units are extremely vulnerable.

The Scrin's Shock Trooper 'infantry' units, already highly dangerous, have been witnessed to utilise plasma disc weapons, possibly as part of an upgrade. These weapons allow Shock Troopers to effectively engage both aircraft and ground vehicles.

The precise technology behind all of these impressive weapons is still being analysed. It remains a mystery how the Scrin are able to field so many energy weapons with little need for power or indeed cooling, and how they are able to sustain such a rapid rate of fire.