From Command & Conquer Wiki
(Redirected from Repair the GDI Base (Ukraine))
Jump to: navigation, search

Restoring Power is the fifth mission of the GDI campaign of Tiberian Dawn. It happens in Ukraine if the player chose the Belarus path.[1] 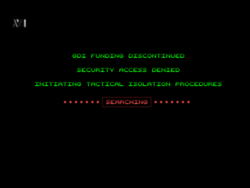 With Brigadier General Sheppard dealing with the fallout from the Białystok scandal, GDI lost all of its funding, pending the results of a UN investigation. Because of this loss of funding, the GDI had for some reason initiated tactical isolation procedures which prevented field commanders such as James Solomon from communicating with the central GDI command. With some difficulty James Solomon was able to receive a directive speaking in generic terms about a GDI base in his area.

Ukraine had fought a desperate battle against the invading Nod forces and James Solomon was determined to aid them. While Kiev had already fallen, Ukrainian forces still held out in the extreme east of the country. But some pockets of resistance still existed in the west of Ukraine. James Solomon determined that the 'GDI' base being referred to must be such a pocket, an Ukrainian base somewhere in the country, specifically the one near Ivano-frankivsk. 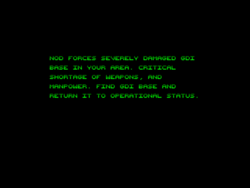 James Solomon understanding the importance of this mission took personal command of the forces sent to relieve the base. They swiftly arrived in the area only to find it full of Nod forces. They had arrived just on time.

Fighting their way through these Nod forces that stood in their way James Solomon arrived at the base, finding it half in ruins and virtually deserted, it's remaining Ukrainian defenders apparently having fled to the mountains after barely repelling the last Nod assault. Having arrived James Solomon repaired the base and restored it to fully operational capacity.

Having done so then he gathered together an army large enough to eliminate the nearby Nod base and secured control of the area, eliminating all Nod forces. 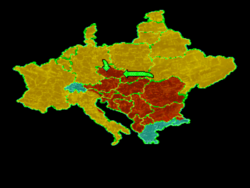 Having secured the base at Ivano-frankivsk the GDI was able to gather the many Ukrainian guerrilla fighters in the area to bolster their forces. They, combined with the GDI forces pouring into the country together with the Ukrainian counter-attack from the east were too much for the Nod forces in Ukraine. They were soon driven out the country and the Ukrainian government returned to Kiev. Grateful the President of Ukraine eagerly pledged his support to the GDI.

Needing to reinforce their positions in Hungary, Slovakia and Romania, Nod had called off their planned assault into Germany through Austria. As a consequence of this the GDI's forces in Germany were able to launch a counteroffensive that successfully drove Nod forces out of Germany and conquered Denmark. At the same time GDI forces advancing from Ukraine poured into Poland. Caught between the two GDI armies Nod forces were surrounded and eliminated in a major turning point for the war in Europe.