Restoring Power is the fifth mission of the GDI campaign of Tiberian Dawn. It happens in Germany if the player chooses the Poland path.[1] 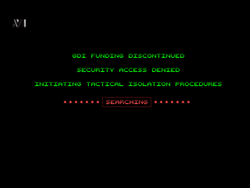 The success of the Nod invasion of Germany, launched from Poland, Denmark and Austria simultaneously shocked the world. Nod forces had gained control of all of Germany territory and brought a prosperous, powerful first world nation and key GDI country completely to its knees.

Or so it had seemed. The GDI having had its funding cut by the UN due to the investigation into GDI activities following the Bialystok scandal had implemented 'tactical isolation procedures' for some reason. Consequently as James Solomon's forces advanced into Nod occupied Germany he was unable to contact GDI central command. With some difficulty however he was able to receive a directive referring vaguely to a GDI base in his area.

It seemed that German resistance was not as defeated as the GDI feared, pockets still remained and James Solomon soon discovered that the GDI bases near Dresden and Hanover needed reinforcing against Nod assaults. 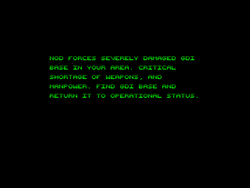 GDI forces, at one location under the personal command of James Solomon arrived in the vicinity of the bases. They had arrived just on time, the area was fully of GDI forces. Making headway to the bases they found them nearly deserted and badly damaged, after repelling the last Nod assaults which had severely damaged the bases the GDI forces defending them had fled rather than face another.

Arriving before Nod forces could level the bases, the GDI commanders repaired the bases and restored them to full operation. Having done so they were able to assemble an army sufficient to eliminate the nearby Nod bases and regain control of Dresden and Hanover. 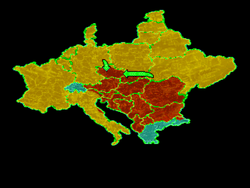 The recapture of Dresden and Hanover began the process of the disintegration of the Nod occupation of Germany. As GDI forces poured into the country Nod forces began their headlong retreat towards Austria but GDI forces advancing from France cut them off. They were surrounded and eliminated in a major turning point for the war in Europe. Faced with this catastrophic defeat Nod Denmark soon surrendered to the GDI with barely a fight.

Nod forces had also underestimated Ukraine's army. Believing them to be essentially beaten, Nod had foolishly redeployed most of their forces in Ukraine for their offensive on Belarus. However, unexpectedly the Ukrainian forces had launched a powerful counter-attack the success of which surprised everyone. Retaking Kiev and outflanking the Nod invasion into Belarus, Nod forces were soon driven out of all Ukrainian territory causing the Nod offensive on Belarus to collapse. The impressed and grateful GDI leadership eagerly enlisted Ukraine into their organisation.