Splash damage refers to damage caused by a weapon with a large area of effect to objects that are in the immediate vicinity of the intended target. Surviving infantry starts crawling when under such fire. 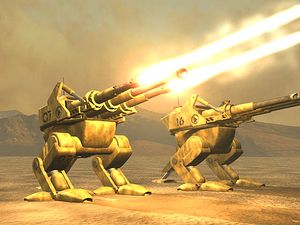 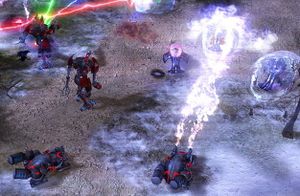 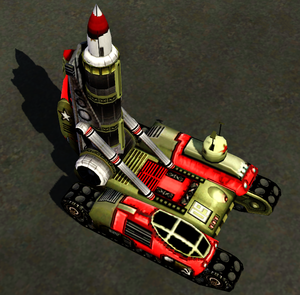 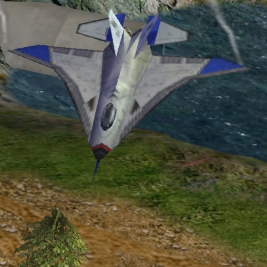