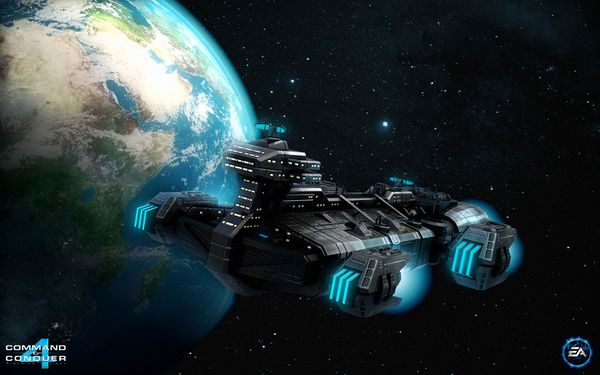 As a cornerstone of the post-alliance technological triptych, alongside the MVC Mk. VII "Crawler" mobile base system and the Tiberium Control Network, one would expect the Global Stratospheric Transport to have its origins in GDI skunkworks or Kane’s harnessing of ancient alien knowledge. Such supposition couldn’t be further from the truth; the GST began its life as little more than a glorified garbage scow. 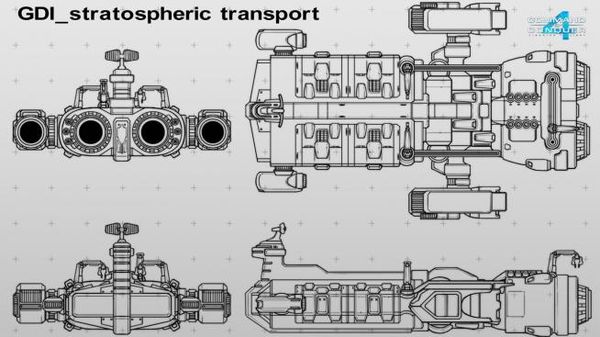 As one might expect from the world’s largest ever public works project, the early days of the Tiberium Control Network’s construction were a logistical nightmare. One of the largest issues facing Idris – an independent, non-partisan organization established to construct the network and mediate between the mutually distrusting GDI and Nod leadership – was a seemingly simple one; what to do with all the construction debris?

Needless to say, it wasn’t as simple as stockpiling the rubble and using it for landfill or breaking it down for construction materials; much of the Earth’s surface had been significantly compromised by Tiberium in the aftermath of the Temple Prime incident in 2047, rendering much of the debris both incredibly toxic and a perfect conduit for new strains of the alien crystal. After a series of "industrial accidents", resulting in many deaths and, in one particularly unpleasant North African case, the undoing of several months of clearance work by the complete annihilation of a nearby Idris worker camp, the GDI Council was forced to take action. 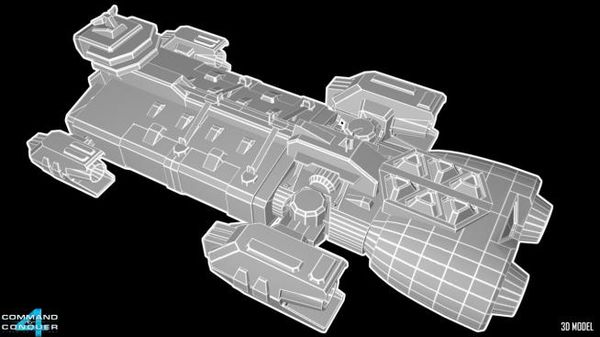 The proposed solution was the "Stratospheric Waste Storage and Disposal System", essentially a group of gigantic flying barges designed to contain Tiberium contaminated waste for up to a month. These would roam the stratosphere, landing to collecting debris and, when full, returning to the upper atmosphere, where a powerful launcher system would be used to eject the waste deep into outer space. Approval was quickly granted and, thanks to a heroic effort on the part of GDI Engineering and Construction, the waste disposal fleet was in the air and fully functional by 2064.

The fleet's evolution from garbage collectors into their current form was spurred by the rise of Nod fundamentalism and the Separatist movement in the late 2060's. These groups saw the Tiberium Control Network as "heresy", and sought to disrupt the construction efforts and prevent the TCN’s completion. It quickly came apparent that the previous protection methodology – static bases populated by GDI and Nod regiments – was not flexible enough to deal with an enemy who could attack the far-flung TCN on multiple fronts without warning. This led to the development of the MCV Mk. VII, or Crawler, mobile base system, and the subsequent retrofitting of the massive garbage scows into stratospheric forward command centers, able to carry and support entire regiments of troops and – using a modified debris launcher system and upgraded versions of the Tiberium War 3-era drop pods – rapidly deploy both Crawlers and troops onto the battlefield anywhere in the world at a moment’s notice. 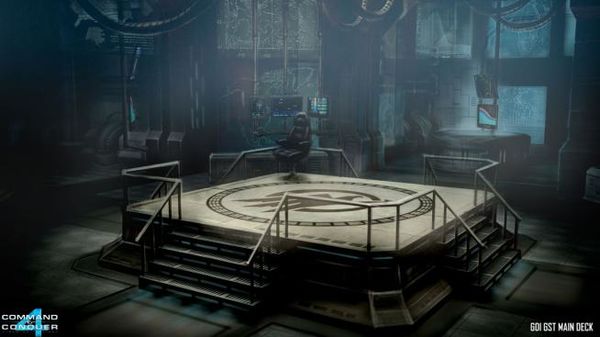 The first Global Stratospheric Transport – the GST Methuselah, later to be the first casualty of the Incursion War - took to the upper atmosphere in 2071, and since then, the fleet has expanded to include more than a dozen such colossal craft. As a result, by 2073 much of the Separatist resistance had been driven underground, drastically reducing the human cost of the TCN’s construction. Today, the First Fleet – as the GSTs have come to be known – continually circle the globe, ready to respond to any threat, any time, anywhere.