From Command & Conquer Wiki
(Redirected from US)
Jump to: navigation, search

The United States of America was a federal constitutional republic comprising fifty states, one federal district, and fourteen territories. The country is situated almost entirely in the western hemisphere: its forty-eight contiguous states and Washington, D.C., the capital district, lie in central North America between the Pacific and Atlantic Oceans, bordered by Canada to the north and Mexico to the south; the state of Alaska is in the northwest of the continent with Canada to its east, and the state of Hawaii is in the mid-Pacific. Due to treaties with native peoples, the federal government also recognizes a number of dependent sovereignties that answer only to the federal government. U.S. territories, or insular areas, are scattered around the Caribbean and Pacific.

The United States is an ethnically diverse nation. From its earliest days as colony to the 21st Century, the nation attracted many different peoples around the world. Indeed, at the end of the 20th century, the nation boasted prosperous economy, stability, as well as a state based on the principles of freedom, similarly to other Western countries in Europe.

The nation was founded by thirteen colonies of Great Britain located along the Atlantic seaboard. Proclaiming themselves "states," they issued the Declaration of Independence on July 4, 1776. The rebellious states defeated Britain in the American Revolutionary War, the first successful colonial war of independence. A federal convention adopted the current United States Constitution on September 17, 1787; its ratification the following year made the states part of a single republic. The Bill of Rights, comprising ten constitutional amendments, was ratified in 1791. In the nineteenth century, the United States acquired land from France, Spain, Mexico and Russia, and annexed the Republic of Texas and the Republic of Hawaii. The American Civil War ended slavery in the United States and prevented a permanent split of the country. The Spanish-American War and World War I confirmed its status as a military power.

WARNING: EVA database unit encountered an anomaly with this section of the article. The following information may or may not be official information, and could be corrupted. Proceed with caution.

During the 1930s and 1940s, the United States opposed military expansion by Japan that threatened US interests in the Pacific. Tensions flared between the two nations, with a full scale war beginning with a surprise assault on the Pearl Harbor naval base in December 1941. This led to the US declaring war on the Empire of Japan, which led to Nazi Germany and Italy declaring war on the US. The US, allied with China and Australia, fought a brutal war with Japan, "hopping" from island to island in the Pacific with the United States Marine Corps defeating every Japanese base assaulted. The US eventually gained victory in 1945, after deploying two nuclear bombs (The first nuclear attacks in history) against the cities of Hiroshima and Nagasaki, which forced the Japanese to surrender as the third target, Tokyo, was announced.

At least three memorials of that war are in the United States and exist to this day, the Marine Corps Iwo Jima Monument in Washington, D.C. (commemorating one of the most important battles of the Pacific War, depicting Marines raising the flag over the fortress island), The National World War II Memorial (Half of which is dedicated to the Pacific War and the other half to the Afro-European Theater), and the USS Arizona Memorial at Pearl Harbor.

In the 1950s, when the Second World War took place, the USA largely remained neutral until the later stages of the war (providing only material support to the Allies) and decided to send military aid to the Allied Forces only when the risk of a successful USSR counteroffensive in Europe and Asia was so great that it would endanger the country. Among forces dispatched to aid Europeans were Commanders, such as George Carville and light infantry. 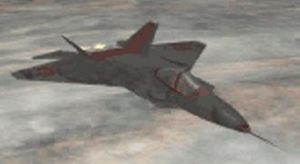 After the war, the USA emerged as a superpower alongside Europe. With its membership on the United Nations permanent Security Council, and one of the G8 nations, the United States was one of the major supporters of GDI. American defense contractors, such as Lockheed Martin and Northrop Grumman were on the cutting edge of military technology. When the soon-to-be GDI was compromised and forced to go public, America was part of its backbone, supplying much of its armament and manpower, with the approval of the US President Robert Fielding by signing the United States Global Defense Act. Additionally, the commanding officer of GDI was an American, General Mark Jamison Sheppard.

When Tiberium arrived on Earth in 1995, a group called the Brotherhood of Nod immediately gained control of half of the world's Tiberium supply, more than the G8 members sponsoring GDI. And although the world thought of Nod to be just another minor terrorist organisation, scandals in prestigious American defence companies revealed that Nod had substantial land, air, and sea power. During the First Tiberium War, the country's military command center, the Pentagon, was marked for an attack by Seth. This mission, however, was aborted by Kane and Seth was executed.

The city of Seattle in Washington was rocked by riots during this period, as citizens opposed the unfair electoral college proceedings, pointing out the shortcoming of the American democratic system.

Recovered intel from the Sarajevo, Temple of Nod has revealed that the White House was marked for destruction by Nod.

In the Second Tiberium War, an American officer commanded GDI for the second time - General James Solomon, a West Point graduate and exceptional leader, although (ironically) bigoted towards the Forgotten. US bases in the southwest, such as Phoenix Base in Arizona were amongst the first to fall to Nod during the war, which also took place in numerous locations on American soil.

During this time, GDI had already combined the military resources of the industrialized world into a singular military force, becoming the defense agency of the first world.

As with many nations, the United States' government largely fell under the control of GDI, a de facto world government by this point. However, during the Third Tiberium War, the United States was a major stronghold for GDI, with Washington, D.C. serving as one of GDI's main command centers. There was a suicide bombing in North Carolina. Then during the opening stages of the Third Tiberium War, most of the Blue Zones within the United States were assaulted by Nod forces, including Washington. A brave commander turned the tide however, and with the GDSS Philadelphia's destruction, the Pentagon became the military center of operations for GDI. The Scrin attacked there, but was repelled. A Scrin Tower was built in its Red Zone, but got destroyed. NORAD and the GDI Tacitus holding facility was also located there until LEGION and its cyborg army - the Marked of Kane - took back the artifact in 2052.

﻿As Tiberium underwent another mutanted evolution, it was presumed the whole United States became uninhabitable by 2062. Indeed, New York was once a blue zone in 2047 until it became a red zone. Red zone 483 became infamous to rival that of the Italian Red Zone in the Third Tiberium War as well as the site of a massacre by Nod forces. However the construction of the Tiberium Control Network had allowed GDI to reclaim some of the Red Zones in the US into Blue Zones, such as Chicago. Chicago was the target of a Nod Separatist attack, however the city was saved by GDI. ﻿

USA's fate in the Ascension Conflict is currently unknown. However it is presumed that most of the United States was cleansed of the Tiberium crystals and the Texas Red Zone was one of the few Red Zones left on the planet.

1995- US military's enlisted forces were more than 2 million, possessing infantry divisions and armoured corps along with massive air force. US Navy possessed unmatching firepower as a result of largest-in-the world defense spendings. US military (USAF and USN) possess nuclear capability, although USA as a member of UN Security Council have obligations not to use it unless UNSC cleared to use nuclear arsenals or USA itself was under nuclear attack.