I was browsing around the CnCSaga forums until I went to Tchutch's thread "CnC mérite un solo !" and I found this image: 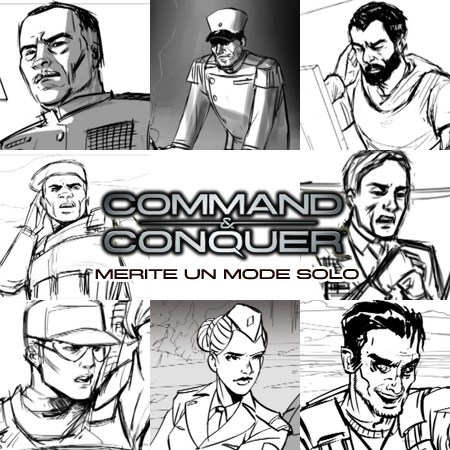 The translation of the title in the middle says: "Command & Conquer deserves a solo mode". It looks like Tchutch also wants Generals 2 (or C&CF2P, whatever you like to call it) to actually have a proper singleplayer campaign.

What we know about C&C Generals 2 so far is:

Here's is what I noticed on the image:

From what I saw from the concept videos, I can't believe that Victory Games at first scrapped the singleplayer campaign. I mean all these awesome concepts that could have been part of a possibly epic campaign that matches Starcraft II's were just thrown out for just the multiplayer!

Victory Games really need to actually think for a while before scrapping all of this singleplayer campaign concept and pissing off most of the community.