Surveillance footage of the Vindicator's primary and secondary combat functions

Ask any infantryman what they think about pilots and they will likely launch into a rant about the cushy life of the flyboy: the good food, the regular entertainment, the air conditioning, and perhaps most of all the warm dry beds. To the infantryman who is used to doing without any of these creature comforts, living in such relative luxury is at best suspect, at worst degenerate. Ask them about Vindicator pilots, however, and the tone will change to one of respect. Most Allied soldiers have a story about a Vindicator helping them out of a tight spot, and not a few owe their lives to these deadly ground attack aircraft. 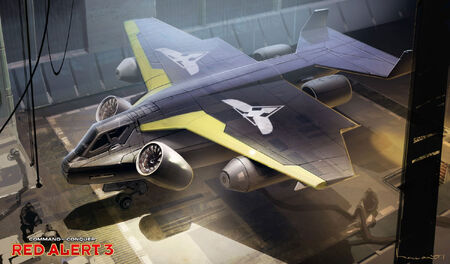 Soviet and Imperial tank crews dread the sight of the Vindicator's distinctive silhouette.

It's not surprising that the Vindicator commands the respect of ground troops - it was designed from the ground up with the sole purpose of supporting ground forces by obliterating their opposition. The vertical takeoff and landing (VTOL) system allows them to deploy at forward air bases close to the front lines. (In fact, Vindicator crews spend the vast majority of their time forward deployed, and few enjoy the amenities so often attributed to them by the infantry.) In addition, the tempo of the ground war dictates that crews fly missions almost non-stop, pausing only when days of continuous operations finally force the crews to take a brief rest lest they collapse from sheer exhaustion.

Once over their target, Vindicators employ one of the most potent and feared weapon systems of any military aircraft, the BD8 "Bandarilla" laser-guided bomb. The multi-spectrum laser painter, housed in a pod on the underside of the aircraft, guides the bomb unfailingly to its target, resistant to nearly all known counter measures. Any target that find itself "designated" can look forward to a very brief existence before being loosed from its earthly bonds by the BD8's massive warhead. 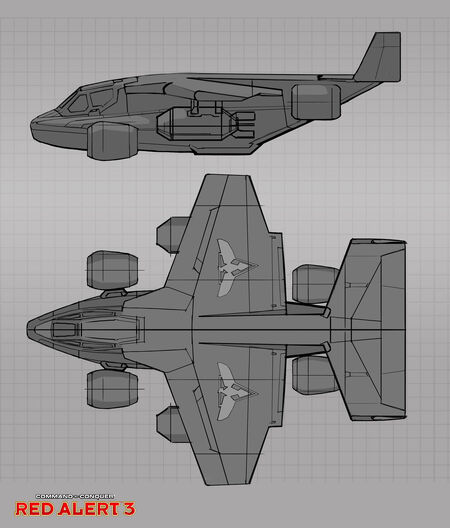 By locating their airbases so close to the front lines, Vindicator crews minimize travel time to their targets.

While all Vindicator pilots are highly esteemed by ground troops, a few have achieved almost legendary status. Consider the case of Marcos "Toreador" de la Concepcion. The scion of a wealthy Madrid family, he was an unlikely hero for the less advantaged soldiers of the 3rd Battalion, 42nd Infantry Division. And yet, during the Battle of Hill 227, he flew continuously for over 29 hours, helping repel an attacking Soviet armored regiment, until he was finally shot down by a patrolling MiG. Armed with only a pistol, he made his way through enemy held territory to the 3rd Battalion perimeter. He refused evacuation and remained with the troops, coordinating strikes by his fellow Vindicator pilots over the next three days until a wave of Sickles finally overran his position. 3rd Battalion survived the assault, in no small part due to the efforts of de la Concepcion. In his honor, the 3rd Battalion commander's Commendation for Valor is now known as "El Toreador". The Vindicator support bomber remains in heavy use to this day.

Battlefield reconnaissance has revealed at least these facts about the Vindicator: